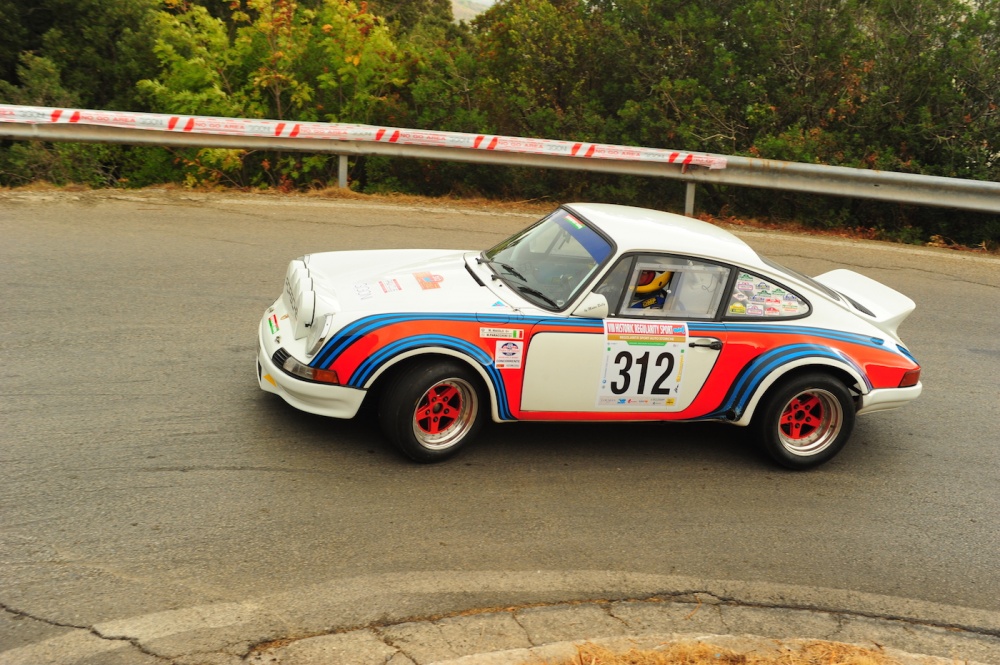 Two exciting days, on the roads of Elba, of cold and lucid struggle with opponents, stopwatches and pressure switches.

CAPOLIVERI (Elba Island, Livorno), 26 September 2021 - Not only rally, at the XXXIII Rallye Elba Storico-Trofeo Locman Italy, but also "regularity, the classic - essential - appointments at the island race.
Appointments on which Aci Livorno Sport has been focusing particularly for some years to have that touch of exclusivity and "charm" that only historic cars associated with "regular" challenges against time can give.

Equal to the rallye, also the two competitions of "regularity sport" (VIII Regularity Sport) and "medium regularity" (XXXIII Elba Graffiti), the latter qualifying for admission to the final phase of the "2021 FIA Trophy for Historic Regularity Rallies "gave adrenaline-pumping moments with some overturning of the top rankings between the two days of challenges. Even starting the event very well, with 27 entrants for both races, certainly a sign of success, of appreciation for the race.

In the VIII Historic Regularity Sport the pair Maiolo-Paracchini prevailed with a Porsche 9111 RSr with 26 penalties, in front of the Lancia Fulvia Coupé of Mellini-Balloni with 33 and the absolute podium was the prerogative, in third place also for Gennaro-Bovio, with the Opel Kadett GTE (42 penalties) The final classification of the race completely subverted what was the classification at the end of the first stage, confirming the great uncertainty of the confrontation on the field.

Uncertainty that also reigned in the "Graffiti" race, sport regularity, with the success going to Gandino-Merenda and their Fiat Ritmo Abarth 130 which formed a final score of 184. The couple had finished the first stage in third place just one point from the top and the second overall position was taken by Bonnet-Solomattina with an Alfa Romeo Giulietta Ti (202), constantly in the place of honor. In both stages. Third final place for Giugni-Mercattilj and their Alpine A110 (216), which had finished stage one in fourth place. Those who prevailed in the first stage, namely Bonamini-Ambrogi, with the Fiat 124 Abarth are out of the game.