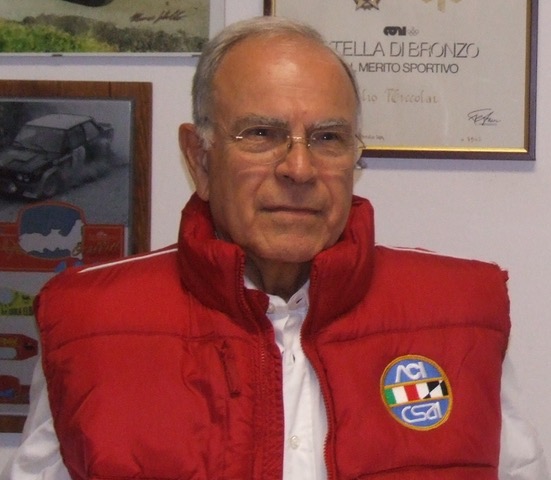 Press release AC Livorno
Farewell to Elio Niccolai, a pillar of the provincial Automobile Club
The historic delegate of the organization in Elba, the unforgotten promoter and organizer of international rallies on the island, passed away at the age of 85
A founding pillar of the large family of the Automobile Club Livorno has passed away at the age of 85. Elio Niccolai, historic ACI delegate of the Portoferraio office and creator and promoter of the legendary Rallye Elba since the 1960s, suddenly passed away following an illness, on the evening of Friday 14 May.
Niccolai was a real institution for the provincial A.C.and a tireless and trusted point of reference for all Elban motorists, whether they are associated with the Club or simple users. His commitment to ACI dates back to 1960, the year in which the motor ship Aethalia was inaugurated, which allowed the connection service between Elba and the Peninsula. At the age of 24, the young delegate got to work with that commitment and professionalism that everyone, over the years spent behind the counter of the delegation (originally located in a place near Piazza del Popolo, now located in viale Elba 52, also in Portoferraio), they recognized him. A strong sense of duty for that community that had adopted him and had been his home for all these years, was among many things that Niccolai had told in a long interview granted to Il Tirreno last February. On that occasion, he had been keen to recall three 'flagship' projects for the institution on the island: the plan for the rescue of the sick, by helicopter, drawn up together with the local hospital; the traffic plan of the Medici and Napoleonic cities, drawn up in concert with the council of the then Prime Citizen Fratini: the most recent commitment in the teaching of road education among students of local institutes.
A willing and in love with engines, put to good use through the birth of an appointment like the Rallye dell'Elba, which has become legendary for fans of motor sport and which still enjoys excellent health and reputation among professionals and fans at international level. Niccolai, by virtue of the hard 'apprenticeship' and a long professional career full of satisfactions that had also led him to be among the founding members of the Lions Club of the Island of Elba in 1968 and the relaunch of the prestigious Elba literary prize in mid-1980s, already in 1975 he received the title of Knight of the Republic.
In the field of motorsport then how can we forget the assignment of the "Silver Star for sporting merit", earned for the activity of Race Director but above all as an absolute protagonist in the launch and in the care, during these 50 years, of the island Rally .
Ever since the then army general Luigi Bertett, president of the Automobile club, in 1966 launched the idea of ​​creating a Rallye on Elba. Niccolai, in charge of verifying the feasibility of the project which initially encountered some difficulties, however, immediately believed with entrepreneurial intuition in the possibility of a tourist-sports development in Elba, a supporter of an induced and a significant economic return for residents and local businesses. Also thanks to the further boost provided by the 'endorsement' of Sergio Bettoja, a great Ferrari and Porsche driver, the AC director Bruno Pasquinelli appointed Niccolai secretary of the newborn event that saw the light of the Massimo hotel in 1968. A solid tradition carried forward then in the '70s From Niccolai together with the unforgettable Edoardo' Dado Andreini 'and, until today, also passing through the' vintage 'version of the Historic rally organized since 1988 by him invented, with the aegis of AC Livorno and ACI Livorno Sport through the president Luciano Fiori and the race director Marco Fiorillo.
The whole Automobile Club Livorno joins the condolences of his wife Paola and their children Barbara and Fabrizio.