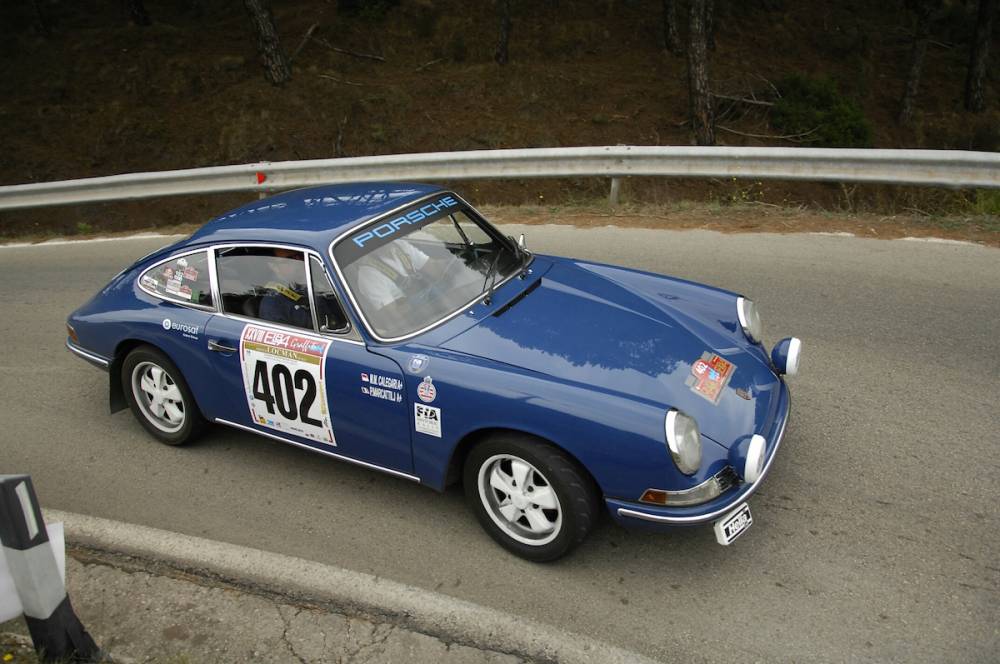 Success was measured Belgians Crucifix-Lambert (Ford Lotus Cortina).
In "Sport Regularity" victory for the A112 Abarth Ricci-Biasci and "Ferrari Elba" were governed by "California" of Guilla-Crisafulli.

If the Rallye Elba Storico was impressive competitive, with technical cues of high value, the show, the more subdued compared with the clock and controls the passage of the "regular" produced at the same time a high-profile challenge.

The twenty-eighth edition of the Elba Graffiti, sixth round of the FIA ​​Trophy for Regularity Rallies (the continental championship), was won by Paul Mercattilj and Marco Maria Calegari, a Porsche 911 T 1967.

Real specialists among the best in the world, the bearer of the CMEA racing team have found a total of 26 penalties, three less than the runners-up, the Belgians Crucifix-Lambert, on board a Ford Lotus Cortina of 1964 (29 penalties).
The podium was completed and Francis Charles Pretti Gianmarino, with a more recent Renault 5 Alpine (1980), 34 penalty.

The contest in the "2nd Historic Regularity Sport", was won by the Autobianchi A122 Abarth driven by Ricci-Biasci (34 points) while The event "IV THE FERRARI ELBA", the classic value added by the ever loved "pony" has excelled the beautiful "California" of Guilla-Crisafulli.